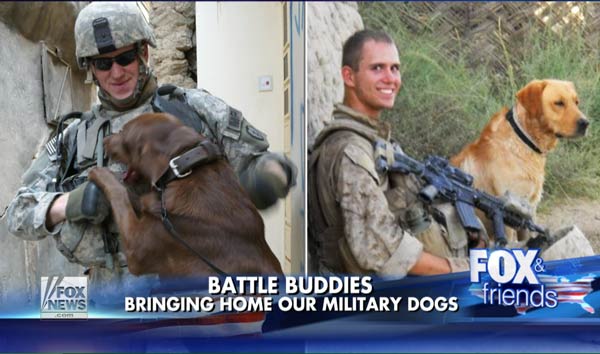 Mankind has always had a special relationship with dogs.

For thousands of years, dogs have comforted us, protected us, and given us their unconditional love. Time and time again through the ages they have proven why they are considered our best friends. And nowhere is that remarkable bond between dogs and people been more critical than on the battlefield.

Soldiers have been relying on these four-footed comrades-in-arms since the beginning of organized warfare.

The Romans were known to have use dogs in their military campaigns to disrupt and overwhelm the enemy. During the Civil War, dogs were reported to have been used to guard soldiers. In the course of World War I, thousands of dogs were used as couriers. During the second World War, the Marines used dogs in the Pacific archipelago to locate enemy positions. And in Vietnam some 4,000 dogs were used to lead jungle patrols, saving many lives.