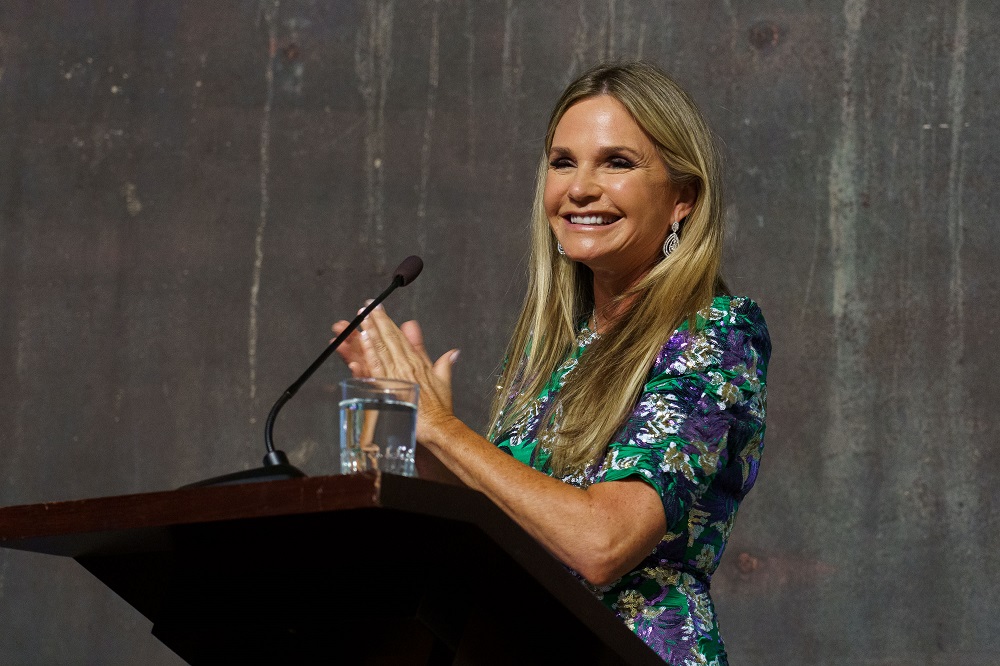 The Gorilla Prize is awarded annually by Spain’s famed Loro Parque, which TripAdvisor has named the best zoological organization in the world, and is intended to highlight environmental responsibility, strategies and actions to conserve disappearing creatures, and the sustainable use of resources. Loro Parque said it wanted to “reward Ganzert’s commendable work in guaranteeing the welfare of animals in the different areas in which the organization she presides is active, as well as her work in communicating and raising awareness of the need to help and protect animals in danger, thus contributing to a better world.”

American Humane has been working to protect and preserve Earth’s species for more than 100 years and is renowned for its work in helping save the Bald Eagle, pushing for international treaties to stop polluting the seas and save birds, supporting the passage of the Endangered Species Conservation Act, the Marine Mammal Protection Act and Endangered Species Act, and advocating against seal hunting, the killing of porpoises by the tuna industry, and many other animal protection initiatives.

Most recently, Dr. Ganzert launched the worldwide Humane Conservation program, a new, global first-of-its-kind initiative solely dedicated to helping preserve disappearing species by ensuring high, science-based standards of welfare for the millions of animals in the world’s zoos, aquariums and conservation centers that are serving as arks of hope for rare and endangered creatures. Leading zoological institutions around the world have joined this effort, including Loro Parque, which was the first in Europe to be certified.

“Receiving this important recognition is so special because this award is given by someone for whom I have such tremendous respect,” said Dr. Ganzert. “Wolfgang Kiessling and Loro Parque have given thousands of rare and magnificent animals a helping hand, rescuing and providing a safe place for gorillas, chimpanzees, tigers, panthers, sea lions, orcas, dolphins, penguins and many other animals. In fact, he is responsible for saving ten species from the brink of extinction. All over the world, our animal friends are in dire need as they face what scientists are calling a “Sixth Mass Extinction” in which some one million species are threatened and may disappear forever. Wolfgang Kiessling and Loro Parque have reached out and made alliances with major organizations in the hope that we can turn the tide on the terrible threat facing so many species today.”

To emphasize her point, Ganzert then played a clip from her award-winning new conservation documentary, “Escape from Extinction,” which is reaching audiences worldwide with dramatic facts and footage on how today’s leading zoological organizations are serving on the front lines of conservation and pulling endangered species back from the brink.

The annual awards, now in their 18th year, were delayed because of the worldwide pandemic and were held at a gala on October 1 at the headquarters of the Presidency of the Government of the Canary Islands, in Santa Cruz de Tenerife, Spain. The event was attended by the founder of Loro Parque, Wolfgang Kiessling; the president of the Parliament of the Canary Islands, Gustavo Matos; the mayor of Santa Cruz de Tenerife, José Manuel Bermúdez; the mayor of Puerto de la Cruz, Marco González; the insular councilor for the Natural Environment, Isabel García; the Minister of Tourism of the Government of the Canary Islands, Yaiza Castilla;  the vice president of Loro Parque, Christoph Kiessling; and more than 200 guests.

Wolfgang Kiessling highlighted the commitment of the winners of the Gorilla Prize to the protection and conservation of animals and their natural habitats, especially today, when human overpopulation is causing irreversible damage to nature and so many irreplaceable species.

“All this massive destruction leads to the disappearance of species, and we should do everything possible to protect our flora and fauna,” Kiessling said. That is why Loro Parque Fundación, in its more than 27 years of history, has invested almost 23 million dollars in more than 200 conservation projects around the world and highlights through the annual Gorilla Prize truly exceptional efforts to protect and preserve Earth’s remarkable and disappearing species.

“I feel fortunate to work alongside those who are on the front lines of defending the diversity of life on Earth and preserving a biological legacy that we can hand down to future generations,” said Ganzert. “This work is what makes The Gorilla Award so meaningful to me and the larger community of animal lovers, scientists and others who care about our planet and all those living beings who share it with us. Thank you for this significant honor.”