Deseret News | Zoos and aquariums can help save wild animals 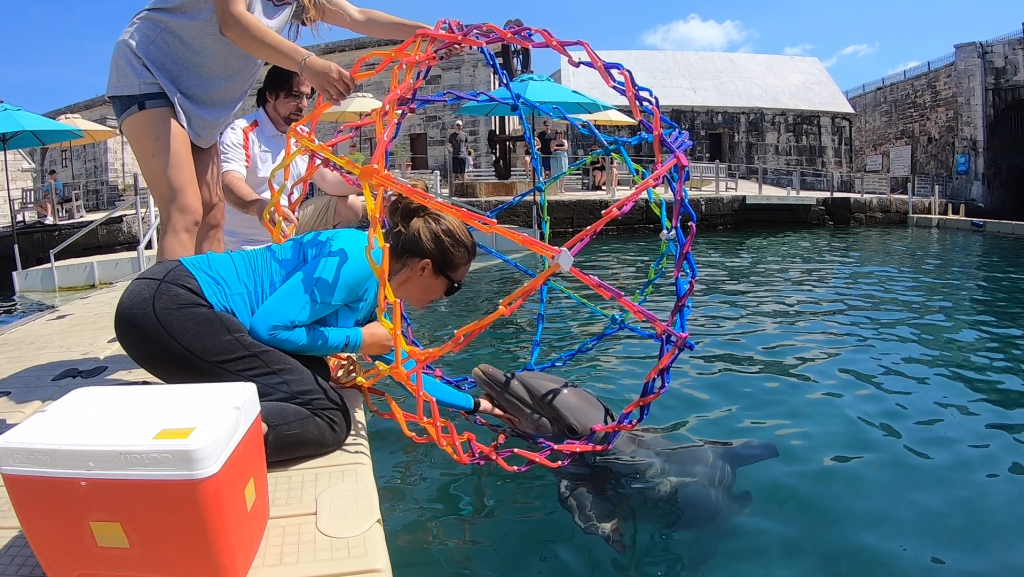 Scientists are stumped. Since February, more than 260 dolphins have been found dead along the Northern Gulf of Mexico, according to the National Oceanic and Atmospheric Administration.

Animals die in the wild, that’s a fact of life. But to die in such high numbers is unusual — the recent spate of strandings is three times higher than expected.

The mystery surrounding these deaths is a reminder of the important research that zoos, aquariums and animal sanctuaries conduct, even as activist groups cry for all animals to live outside of human care. This research equips scientists with tools and information that they can use to better observe, document and protect wild animals.

On June 17, researchers announced a new study that will change the way scientists work with bottlenose dolphins in the wild.

Jason Bruck, a researcher from Oklahoma State University’s department of integrative biology, and his graduate student Tabitha Gunnars are partnering with Dolphin Quest, a company that provides interactive experiences with dolphins, in a study of dolphin vision. Because a dolphin’s eyes are on opposite sides of the head, the project involves mapping a dolphin’s overall field of vision in the hopes of discovering natural blind spots. This area has been hypothesized by researchers, but its exact configuration remains undefined.

Marine mammal specialists at Dolphin Quest Bermuda are training bottlenose dolphins to play a “game” that will allow Bruck to map this suspected blind area. First, the dolphins swim into a large plastic Hoberman sphere. To imagine the structure, picture a giant toy you might find at a science museum gift shop — rainbow colored and fully expanded to over 4 feet in diameter. Along its perimeter are numerous LED lights.

The dolphins whistle when they see a single light turn on. By selectively turning on and off individual lights and monitoring the dolphins’ responses and body position, the researchers will be able to nail down the shape and boundaries of the blind area. Once they do that, they hope to leverage that knowledge by employing near-silent drones to collect materials expelled from the blowholes of wild dolphins when they come to the surface to breathe. The data will also be useful for determining just how their visual field contributes to the risk of boat strikes in the wild.

When dolphins exhale, they release a lot of fluid, which can be tested for hormones, diseases and other bodily metabolites. Cortisol, for example, can tell researchers if an animal is experiencing stress. By comparing cortisol levels in wild and aquarium-based dolphins, researchers could better understand how human activities — like oil extraction, boat traffic and military — impact the cetaceans.

This study is an ideal example of how researchers and zoological institutions that care for animals team up to further our understanding of animals and advance wild conservation efforts in the process.

Of course, people are concerned about the standards of welfare in zoos and aquariums, and some activist groups advocate against the very existence of such institutions. While this may seem like an attractive suggestion, it runs counter to animal welfare and conservation. Like it or not, the truly “wild” world has diminished so that wherever animals go in the ocean or on land they will encounter humans — or the effects of human activities.

Zoos and aquariums recognize this reality and give us a starting point for how best to move forward in protecting animals and their future. The research conducted by modern zoos and aquariums, in partnership with university scientists, empowers regulatory organizations like NOAA to help animals more effectively in the wild.

At American Humane, we believe that families should be able to experience and learn about the wonders of wild animals at certified and accredited zoos and aquariums. We believe such venues play a vital role in educating the next generation of conservationists and animal lovers. Visitors tell us that seeing live animals in good zoos and aquariums forms powerful connections to nature that go far beyond seeing them on TV or the internet. And when researchers like Bruck work with animals at accredited facilities, the public gets to see conservation science firsthand, which helps further connect people to the struggle to protect nature.

That’s why American Humane launched the first-ever, independent, science-based, genuinely third-party humane certification program focused solely on animals and animal welfare in zoos and aquariums. Dolphin Quest is one of numerous facilities around the world to which we have awarded American Humane’s formal designation of Global Humane Certified for their excellent humane care and treatment of animals.

It’s time to move past outdated and unscientific characterizations of zoos and aquariums and recognize the best of them for what they are: ambassadors and advocates for all animals and their needs in an increasingly impacted world.