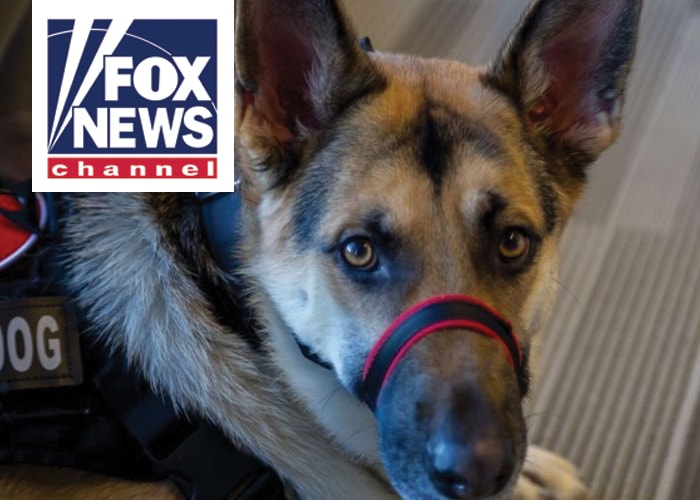 But once they leave the service and become veterans, many former members of the military are suddenly asked a lot of questions. They’re asked about their physical and emotional health. The extent of their injuries. And sometimes, even whether their life-changing and life-saving service dogs are really service dogs.

We’ve all heard the stories of military veterans being denied service by restaurants, airlines, taxis and hotels when they are accompanied by service dogs helping them cope with the hidden wounds of war, such as post-traumatic stress (PTS) and traumatic brain injury (TBI).

Some of this is due to simple ignorance and a lack of training. A national survey by American Humane found that in the retail sector, the overwhelming majority of employees are ill-informed and unprepared to accommodate the unique needs of customers with PTS service dogs.

Many retail employees also question the credibility of people claiming their animal is a service dog, especially when those customers have no visible disabilities, as with many veterans struggling with PTS and TBI. This situation is compounded by the fact that sometimes ill-behaving personal pets and emotional support animals are frequently confused with highly trained service dogs.

Delta Airlines recently released new guidelines that become effective Thursday, March 1. The guidelines mandate that – in addition to the current requirement of a letter prepared and signed by a doctor or licensed mental health professional – customers with psychiatric service animals and emotional support animals must provide a signed document confirming that the animal is appropriately trained.

We commend Delta for tightening restrictions on emotional support animals, which typically are untrained and often included species besides dogs that are often unsuited to the stress of public travel. But the new rules are an additional burden on veterans with PTS and TBI.

Delta is also distinguishing between a service dog and a psychiatric service dog, which is discriminatory. As with mobility, seizure alert or guide dogs, PTS service dogs are trained to perform important tasks that mitigate a disability – in this case, the symptoms of post-traumatic stress. The dogs are not just there for comfort.

For example, American Humane trains service dogs to, upon command, create spaces in front or behind the veterans in a crowd, retrieve medications, and, on command, perform tasks to help ground veterans if they are experiencing an escalation in anxiety.

Most veterans with legitimate service dogs would willingly provide whatever documentation is required, but the rules should not discriminate against and create further hurdles for those veterans struggling with invisible injuries.

There is a better solution for our wounded warriors – and for everyone who may be in a position to serve those who served our country. The solution is to first agree on one accepted national standard for the training of service dogs, and then quickly move to institute a national registry that will allow simple verification of the status of the dogs without onerous, humiliating and discriminatory questions for their owners.

American Humane has already developed the first national training standards for PTS service dogs with the help of top leaders in veteran affairs, service dog training, veterinary science and mental health. We are now advocating for and developing a centralized registry to help give America’s heroes easier access to the same freedoms, services and public spaces they fought to defend.

Instead of asking more of our veterans, let’s ask ourselves what we can do to better serve those who served so nobly for our country.

Dr. Robin Ganzert is president and CEO of American Humane, the country’s first national humane organization, which has been working to support the U.S. military and military animals for more than 100 years.