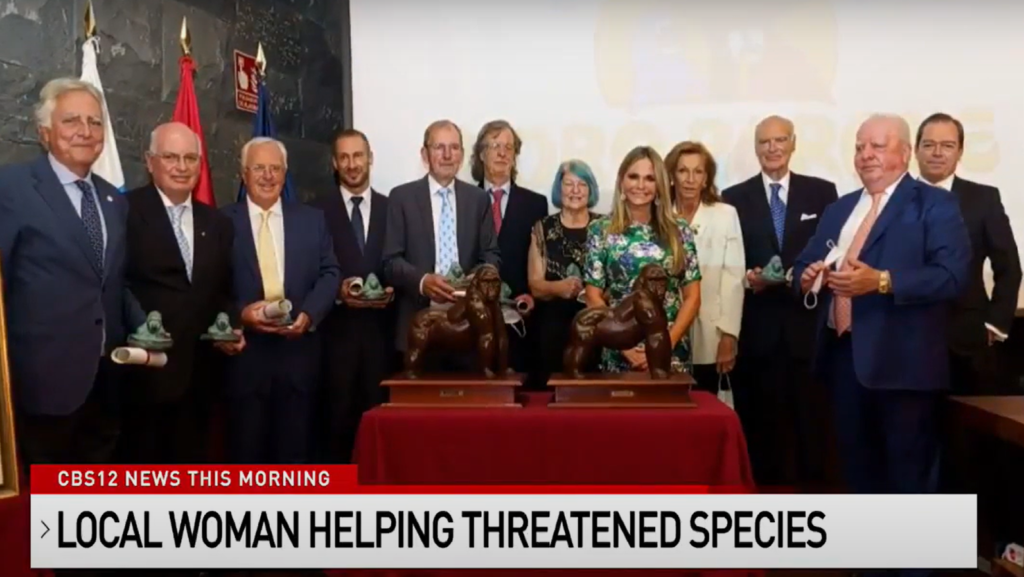 When Robin Ganzert isn’t traveling the world working to save animal species on the brink of extinction, she’s cuddled up with her own furry friends at her home in West Palm Beach.

“I will never forget the special healing power of the bond with animals and I think as a little girl growing up, we moved around a lot, so my best friends were my animals,” Ganzert said.

As President and CEO of American Humane, she’s devoted her life to protecting the well-being of animals across the globe and here in our backyard.

“We are in a true biodiversity crisis where 50 to 70 percent of the animal species and plant species on the Earth today will not be here during our grandchildren’s lifetime,” Ganzert explained.

As a wildlife advocate, she spends her time educating, promoting awareness and advocating for meaningful solutions to save threatened species.

Most recently, Ganzert launched a global, first of its kind humane conservation program to ensure the welfare of the millions of animals in zoos and aquariums.

“I want every animal to have the opportunity to have a humane life and that’s why I do what I do.”

Ganzert’s work producing an award-winning documentary called “Escape from Extinction” earned her the esteemed international Gorilla Prize – given to those making strides to conserve endangered animals and preserve our planet for future generations.

“It’s an incredible tribute to the many people I work with; my colleagues at American Humane,” Ganzert said. “We were able to tell the story of these animals in this beautiful way and more importantly, educate millions who have seen it as to the threats that are animal friends are facing.”

The award is on display at the newly opened American Humane animal sanctuary in West Palm Beach where Ganzert is surrounded by other initiatives near and dear to her heart.

“We’re able to rescue animals and train service dogs for wounded warriors so for me I’m very proud to be a resident of Palm Beach County and to give back right here in our community,” Ganzert said.

As a friend to all animals, she is committed to continuing her work educating the world about the threats of extinction.