International Business Times | Coronavirus Effect on the Environment: Without Tourism, We Will Lose Elephants 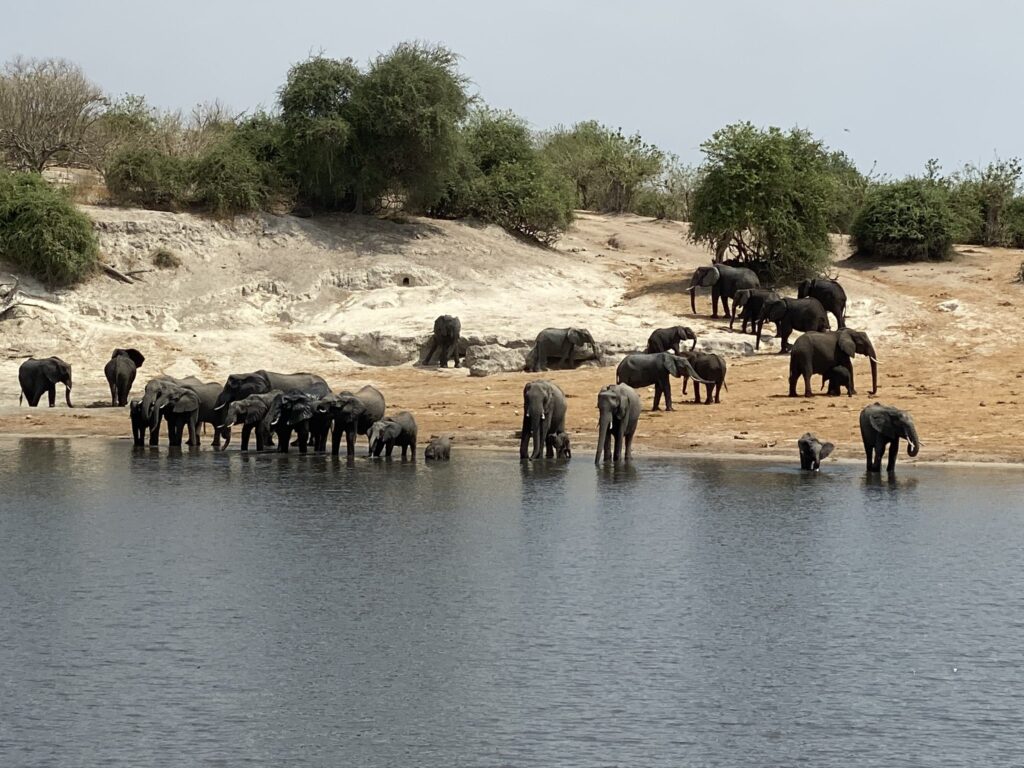 Ecosystems are marvelously complex and precariously fragile – they are communities of organisms that facilitate the continual exchange of nutrients and energy, making life possible on Earth. Except for those who work in animal or environmental sciences, most adults probably have not thought about ecosystems since grade school.

Months into an international pandemic, however, ecosystems should be top of mind for everyone. The interconnectedness of living things is astounding, made all the clearer by the effects of the novel coronavirus. The spread of the disease, and the ripples of its economic impact, show how quickly a typhoon can sprout from the beating of a butterfly’s wings.

Consider this chain reaction: The coronavirus halts international travel. Tourism in Africa plummets. Money available for wildlife preserves dries up and poachers escalate their crimes. The coronavirus pandemic has demonstrated, more clearly than ever before, the vitality of responsible ecotourism in maintaining and preserving our world’s magnificent biodiversity.

Since the onset of the coronavirus pandemic, and the ensuing tamping down on international travel, poachers across Africa have seized a window of opportunity to ramp up their ruthless, money-driven slaughter of some of our world’s most treasured megafauna.

The lack of tourism enables poaching in many ways. Many international organizations that would usually help are grounded by the pandemic, and no longer able to work alongside park rangers and put boots on the ground. Additionally, the physical lack of tourists gives poachers a wider berth from prying eyes.

Two recent poaching flares – in South Africa and Botswana – occurred in areas usually frequented by tourists, which rendered them comparatively safe for the animals. Without tourists, and more eyes to spot illicit activity, such areas are no longer safe.

As the season for tourists passes by under the blight of coronavirus, many reserves are looking at cutting operating budgets for an entire year. For one park in Kenya, that means bringing fewer new animals into their reserve, cutting worker compensation and actually decreasing the number of anti-poaching patrols.  In Tanzania, at a 450-square mile park, budget cuts have resulted in nearly one-third of anti-poaching personnel losing their jobs.

Poachers have steep economic incentives for their crimes. The illegal wildlife trade is worth $23 billion, which makes it the four-most valuable black-market industry, behind trafficking drugs, people and weapons. A rhinoceros horn, which sells for roughly $167 a kilogram in Africa can go for more than $33,000 a kilogram in Vietnam and some $66,000 in China. It is no coincidence that the same illegal wildlife trade that abuses and murders animals also facilitates the spread of deadly diseases.

The immense amount of money at stake means the poachers are well-equipped with state-of-the-art weapons and equipment. Those who fight poaching need the resources at their disposal to save these animals. Preserving animal life in Africa isn’t just about animal welfare, it’s about entire ecosystems.

Poaching threatens megafauna, our planet’s largest animals that often function as the keystones of their respective ecosystems. In other words, as poachers brutally murder elephants, rhinos and big cats, they also threaten other flora and fauna that they prop up. Conservationists are already battling against “The Sixth Mass Extinction” and we cannot afford to put at risk more of our planet’s rich animal heritage.

The path forward, after coronavirus, is one where travelers are conscious of where their dollars go – it is abundantly clear the role that responsible eco-tourism plays in preserving animal life in Africa. Tourists should be encouraged to visit parks and reserves that do right by the animals in their care.

In the meantime, concerned individuals should consider donating and funding protective work that will later be supplemented by tourism. Anti-poaching efforts should be increased, not diminished, at a time like this.

We’re all a part of one ecosystem and we can only save it by building a more humane world, together.