Military dogs save lives and serve our nation: They deserve better 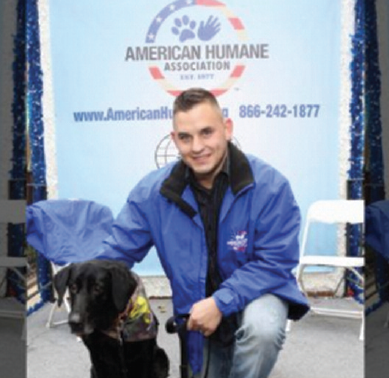 Superheroes come in all forms, and my favorite ones have fur, four-legs, wagging tails and distinguished service records on the battlefields in the war on terror.

I am an advocate for war dogs, their handlers and the incredible humane bond that exists between the two. The bond between service members and their military working dog (MWD) or contract working dog (CWD) is powerful, and can be healing after their return from the sands of Iraq and Afghanistan. The healing happens on both ends of the leash as the invisible wounds of war, such as post-traumatic stress (PTS), impact both humans and animals.

Their story began in August 2009, when at 19-years-old, Jeff went to special handler training school to learn how to handle and care for Cena in Afghanistan.

After training, Jeff and Cena found themselves in Helmand Province, Afghanistan, a far cry from home in Muskegon, Michigan. They supported combat operations and counter improvised explosive device warfare, and were wounded in the line of duty. However, the team continued their missions and participated in Operation Moshturok, the largest operation in Afghanistan at that time. The pair spent three months living out of a backpack, dealing with sandstorms, floods and hailstorms. Their battle bond was formed out of necessity and out of unconditional love.