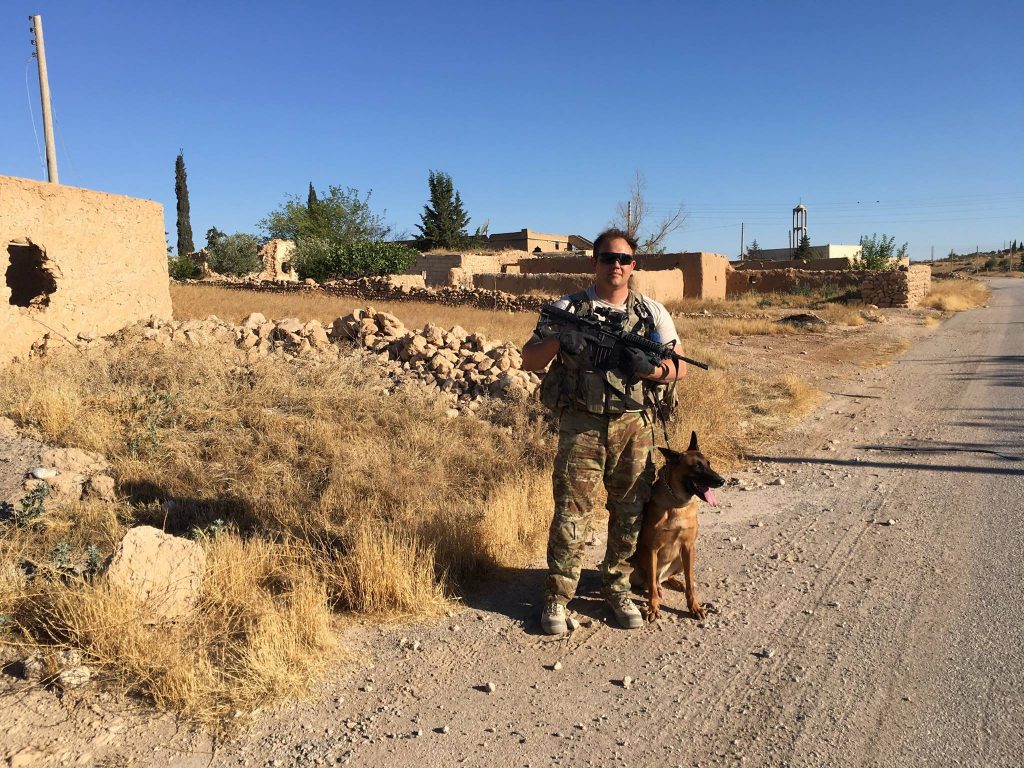 An emotional reunion will take place Wednesday in Kissimmee between two U.S. Army soldiers who served three years together in the battle sands of Iraq and Syria, and who last saw each other in December 2017. One soldier has fur, four legs, a wagging tail and a stellar service record as a patrol explosive detector dog. His name is RRobiek — Robi for short — a nine-year-old Belgian Malinois, and he is retiring from military service. The other soldier is U.S. Army Staff Sgt. Charles Ogin IV of St. Cloud, who continues to serve our country and is adopting Robi into his family. Robi will no longer work. He can spend his days playing with the Ogin children and the family’s two Jack Russell terriers—an awesome pack in the making. Robi will now have a loving, forever home so richly deserved. It’s the type of happy retirement that other military working dogs also merit.

More than 2,300 military working dogs serve on U.S. military bases worldwide. With their incredible sense of smell and strong drive, they can detect bombs and weapon caches, find illegal narcotics and protect soldiers. They play a critical role in war today to fight terrorists and find explosives before detonation. Some sources estimate that a highly trained military dog can save the lives of up to 150-200 service men and women during its career. Staff Sgt. Ogin has described Robi as willing to defend his fellow soldiers no matter what and work until he died.

I am an advocate for these dogs, their handlers and the incredible bond that exists between the two. It is powerful and can be healing for both after their return stateside. American Humane, the country’s first national humane organization, has been working to support the U.S. military, veterans, and military animals for more than 100 years. One of its many efforts is working to bring retired military dogs back to the United States and reconnect them with the people who care most about them — their former handlers.

Incredibly, there was a time when these dogs were classified as equipment, but thankfully that time has passed. However, even after Congress required in the 2016 National Defense Authorization Act that retired military working dogs be returned to U.S. soil and offered to their former handlers first, financial and logistical challenges often remain.

We need to ensure that military pairs are reunited no matter what. It’s the very least our country — and we — can do in return, given their service and sacrifice. We wish Robi and the Ogin family all the best in their life together. Each military dog deserves a hero’s welcome and a dignified retirement with the human handler that knows and loves them best.