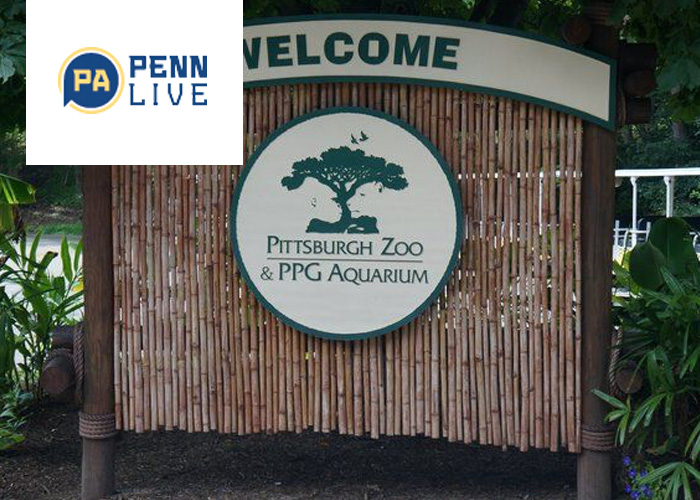 The Pittsburgh Zoo & PPG Aquarium, one of the state’s most popular and cherished attractions, recently achieved certification for outstanding animal welfare through the American Humane Conservation program, assuring visitors that the animals there are receiving the highest standards of care.

Since first opening its gates to the public more than a century ago, the Pittsburgh Zoo & PPG Aquarium has continued to constantly grow and develop to meet the evolving demands of our modern world.

People no longer think of zoos and aquariums as mere exhibits to display animals; instead, the public now expects these institutions to serve meaningful roles as responsible stewards of the animals living both in their care and in the wild. The zoo and aquarium embody these values as a humane leader in the field.

Consider the institution’s enriched animal environments and state-of-the-art facilities, which are designed to provide species-specific mental and physical stimulation to animal residents.

Two state senators want to look at anti-animal cruelty laws that other states have in place to see how Pennsylvania could strength its animal welfare laws in the wake of story about the rescue of Libre, a 4-month-old abused Boston terrier puppy.

Visitors  may see a bear munching on a piece of peanut butter-filled bamboo, or observe playful orangutans splashing in small bubble pools.

These enriching additions not only give the animals stimulation, but also allow them to engage in natural behaviors like foraging for food or reacting with curiosity to the unknown–in this case, the bubbles.

Caretakers at the institution are also dedicated to attentive, humane animal care: Trainers now give the zoo’s three wild pigs daily massages after discovering that it helped reduce the stress levels of the animals.

The American Humane Conservation program only certifies institutions that meet its rigorous, evidence-based standards of comprehensive animal welfare, which are developed by an independent Scientific Advisory Committee of world-renowned leaders in the fields of animal science, animal behavior, animal ethics, and conservation.

To earn certification, the zoo and aquarium passed a rigorous, third-party audit of its practices. This comprehensive evaluation considered the many dimensions of animal welfare, like excellent animal health and housing; positive social interactions within groups of animals, as well as between animals and handlers; and safe and stimulating living environments, with concern for factors such as appropriate lighting, sound levels, air quality, and thermoregulation.

Upholding these high welfare standards protects and enhances the lives of the animals living at the zoo and aquarium.

However, the institution is also leading vital efforts to conserve animal lives in the wild, as well. Over the past decade alone, it has funded over 150 conservation-oriented projects in 54 countries and two oceans.

The facility currently operates exclusively as an African elephant care and breeding center, but there are plans to expand the ICC’s focus in the near future to include research on other vulnerable species, including cheetahs, black rhinos, and Grevy’s zebras.

Using rigorous, science-based breeding programs, the ICC will propagate threatened or endangered species before ultimately reintroducing them to the wild. These types of breeding programs, led by leading zoos and aquariums, have successfully staved off the almost-certain extinction of other endangered species, such as the European bison, the red wolf, and the Oregon spotted frog.

But even when species are never reintroduced to the wild, placing them under the care of a responsible facility like the Pittsburgh zoo and aquarium can still improve the lives of their wild counterparts.

While most Pennsylvanians already know the excitement and adventure that a visit to the Pittsburgh Zoo & PPG Aquarium provides, they can now experience the beloved state institution with the peace-of-mind that comes from knowing that the animals living there receive only the highest standards of verifiably humane care.