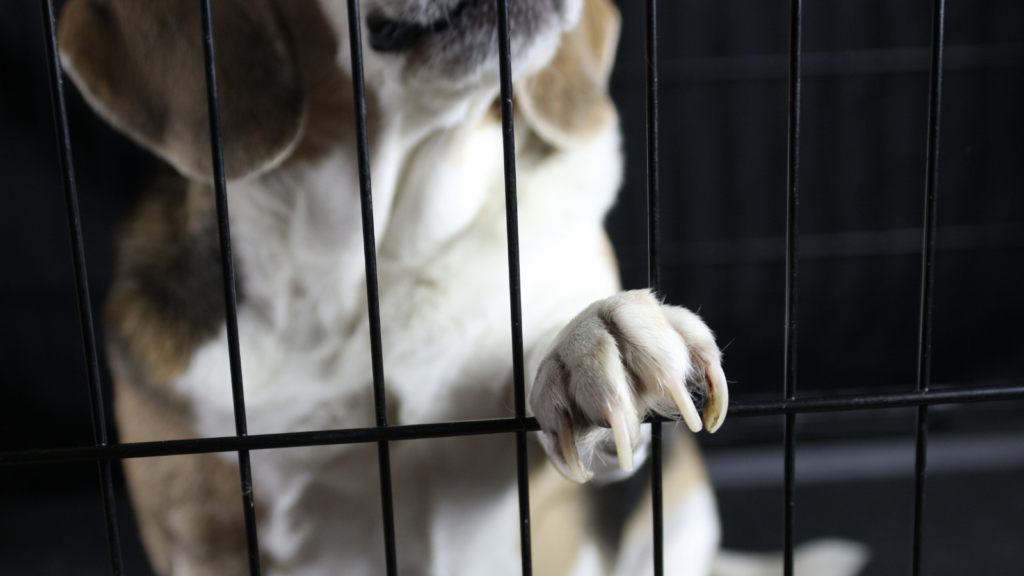 In what can only be described as an inexcusable – and recurring – pattern, yet another government agency has been performing painful and, largely unnecessary, experiments on animals.

It emerged in a January 30th report by the White Coat Waste Project that the National Institutes of Health (NIH) disbursed nearly $2.3 million of taxpayer funds on an experiment involving injecting male beagle puppies “again and again and again for months” with cocaine and other drugs in order to make conclusions about overdose conditions. To add insult to injury, once their utility was exhausted, the dogs were sent back to the facility from which NIH purchased the dogs, “for future use” or euthanized.

This on the heels of a November 2021 expose by the same group revealing that yet another government agency, The National Institute of Allergy and Infectious Diseases (NIAID) granted nearly half a million dollars of taxpayer money to researchers at the University of Georgia to test an experimental drug on 28 beagles, according to documents also unearthed by the White Coat Waste Project. The helpless animals were infected with flies that carry a disease-causing parasite that can affect humans, and then slated to have their blood collected for analysis before being killed. Records indicate that during the experiments, the animals were yelping with pain when injected with experimental drugs, despite the fact that they had already been tested extensively in other species.

This kind of abuse is unconscionable. And far too common. Not long ago, American Humane, which has been protecting animals for 144 years, called out the Veterans Administration for conducting invasive and inhumane experiments on dogs that including removing parts of the dogs’ brains and severing their vocal cords before killing them in order to perform tests on breathing and coughing reflexes. Government laboratories have infected dogs – including puppies – with pneumonia and anthrax, and even induced heart attacks. Watchdog groups estimate that 20,000 canines each year are used in FDA experiments alone, many of which scientists say are harmful and unnecessary to the animals being used.

All of us should be outraged by the moral horror of conducting painful, useless and lethal research on the very creatures who for thousands of years have served as our “best friends,” protecting, comforting and giving us their unconditional love. This horror, along with the cruel exotic animal food trade, which spawned the COVID-19 pandemic that has already killed more than four million people, was one of the reasons American Humane recently unveiled “A New Deal for Animals, People and the World We Share: A 10-Point Plan to Build a Humane and Ethical World,” calling on the global community to end abuses that have gone on for far too long, including unnecessary taxpayer-funded research on animals.

Please know that we are not advocating that all research be prohibited, because there are and have been enormously important groundbreaking studies, such as one conducted at Duke University, using fMRI technology to determine dogs’ cognitive abilities, with the goal of improving the ways they are bred and trained to help humans as service and therapy dogs. And because dogs can get the same diseases as humans, scientists at Cornell University used canine DNA to improve the effectiveness of new immunotherapy treatments for cancer. These are just two examples in which dogs have been used safely in research that could be beneficial to humans. But the guidelines are simple: All of us should advocate that every effort is made to ensure that no harm comes to any animal who participates in a research study, that there is no induction of illness or injury, and that the animals are not euthanized.

Whether it is unethical research in the lab or allowing the continuation of markets that sell bats, cats and dogs for food, it is clear that the way we treat animals has profound effects on all of us. It’s time that we put a stop to cruel and inhumane experiments and stop treating our best friends in a way we would not treat our worst enemies.