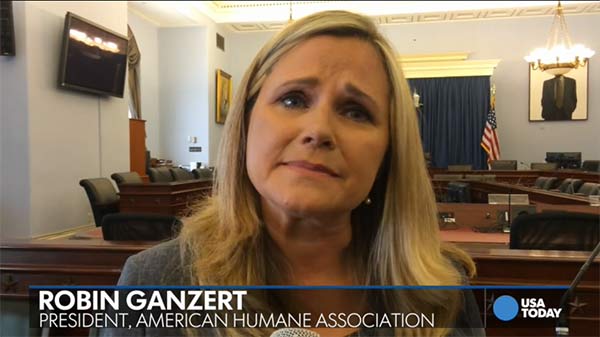 “They said they’d give us time to say goodbye. They didn’t,” Miller says, looking down at his yellow Labrador. “It was like I was abandoning my best friend and he couldn’t understand why.”

Miller and his explosives-sniffing dog Thor spent every day of their 2010 tour in Afghanistan together. But when the tour ended in November 2010, Miller returned to the U.S. while Thor worked four more years before his retirement. The pair reunited in May.

There are more than 1,775 military working dogs detecting explosives, going on search-and-rescue missions, and guarding troops. In an average year, 300 to 400 dogs retire and are adopted. If they’re not adopted, they are left in a kennel.