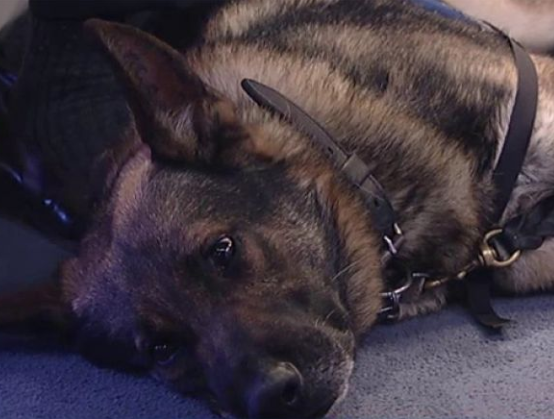 Military dog handlers want lawmakers to make it easier for them to be reunited with the dogs they served with overseas.

The American Humane Association has teamed up with the handlers to push an amendment to the National Defense Authorization Act. It would include language that would say that military dogs “shall” be returned to the U.S. after their service ends, as opposed to “may,” as the law currently states.

Dr. Robin Ganzert, President and CEO of the American Humane Association, said on “Fox and Friends Weekend” that means that military dogs can be retired overseas. She asserted that any veteran, two and four-legged, should be returned to U.S. soil for their retirement.

“We’re really hopeful that this is the year that we can make the change,” Ganzert said.

Corporal Jeff DeYoung, who was separated from his K-9, Cena, for four years, said that having a dog in Afghanistan helped him deal with the stress and loss of combat.

Army Specialist Brent Grommet revealed that it took 18 months and a lot of help from many people to get reunited with his military dog, Matty.

Is there anything we can do to help speed this up and make it easier for dog handlers and military dogs to be reunited? Tucker Carlson asked.

Reach out to your senator and make sure that the amendment language stays in the National Defense Authorization Act, Ganzert said.

“Let’s make sure all of these dogs are afforded a retirement and [the] forever loving home of their former handler here in the U.S., our great country,” Ganzert said.