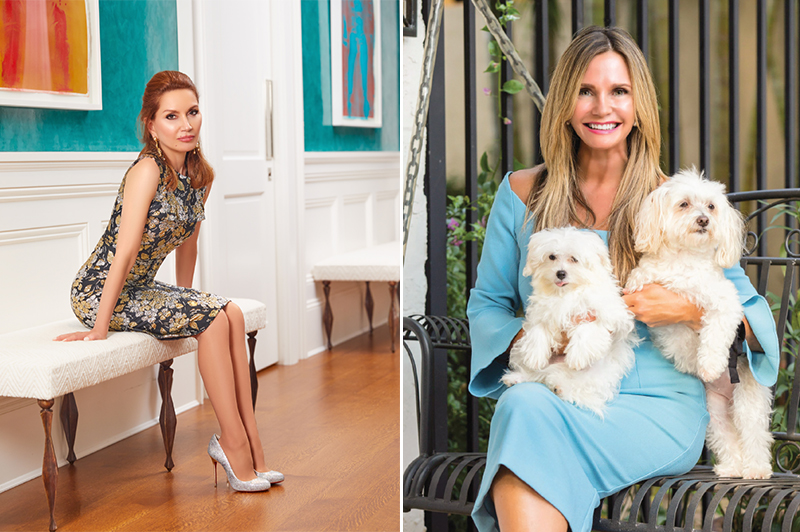 For 143 years, American Humane has been the country’s leading voice for the humane treatment of animals. Can you tell me a little about the history of American Humane and what you are doing now to make a better world for our best friends?

American Humane is this country’s very first national humane organization. We were founded in 1877 around the issue of protecting farm animals from mistreatment and went on to pioneer virtually all of the humane protections and advances for animals over the past century and a half. Today, we protect and improve the lives of nearly one billion animals around the world each year, helping ensure the proper treatment of hundreds of millions of farm animals, rare and endangered species in zoos and aquariums, and beloved animal actors appearing in movies and television through our well-known “No Animals Were Harmed®” program. We also rescue animals suffering in natural disasters, puppy mills, and large-scale hoarding and cruelty cases.

I understand your rescue team has had a very busy year. Tell me how American Humane Rescue got started and what you’ve been doing during the past 12 months.

It’s a fascinating story. Our American Humane Rescue program was actually born during World War I, when we were invited by the U.S. Secretary of War to save and care for war horses that were being killed and wounded in great numbers on the battlefields of Europe. American Humane volunteers deployed even before U.S. forces did, and we rescued and cared for 68,000 injured horses each month. Following the war, we turned our hand to saving animals in other types of calamities and have responded to virtually every major national and international disaster from Pearl Harbor to 9/11 to devastating tornadoes to countless hurricanes, floods, and even the Japanese earthquake and nuclear meltdown.

In just the past year, we’ve helped save animals caught in the disastrous floods that drowned Oklahoma, the monster Hurricane Dorian in the Bahamas, and the absolutely apocalyptic Australian wildfires, which burned 40,000 square miles of the continent — 12,000 square miles more than were burned in the Amazon, and 100 times more than the California wildfires, where we deployed our trained rescue team and delivered critical supplies.

This is extraordinary work! Can you tell our readers how American Humane is responding to the Covid-19 pandemic?

Yes, we have launched a vital new initiative we call our Feed the Hungry campaign and, Jean, we are thrilled to have you as the national spokesperson for this lifesaving effort, which is providing critically needed food, medicines, and supplies for abandoned shelter animals during the pandemic. Our goal is to provide support for one million meals, and, and I am so grateful that with your help and leadership, we have already delivered funding for more than half of that ambitious target — 550,000 meals! Still, we have a way to go, and anyone interested in helping our best friends in their worst times should visit our website AmericanHumane.org and support this vitally needed campaign.

There is so much going on with all the things I described, as well as our military programs, which bring retired military dogs home and pair lifesaving service-animals with veterans, but I want to let your readers know about two very special debuts this fall: our new conservation documentary, Escape from Extinction, narrated by Dame Helen Mirren; and a new book, Mission Metamorphosis, describing how in just ten short years, we were not only able to turn the organization around following the Great Recession and years of mission drift, but increased the number of animals we helped by 2,000 percent — from 50 million a year to nearly a billion. The leadership principles we followed are the reasons we are the only major national humane organization with the top 4-star rating from Charity Navigator. We’re very proud of that and the fact that we do more for more animals with less money than any other humane group. It’s the one thing for which I would most like to be remembered. Thank you, Jean, for giving us this opportunity to bring our cause to your readers. 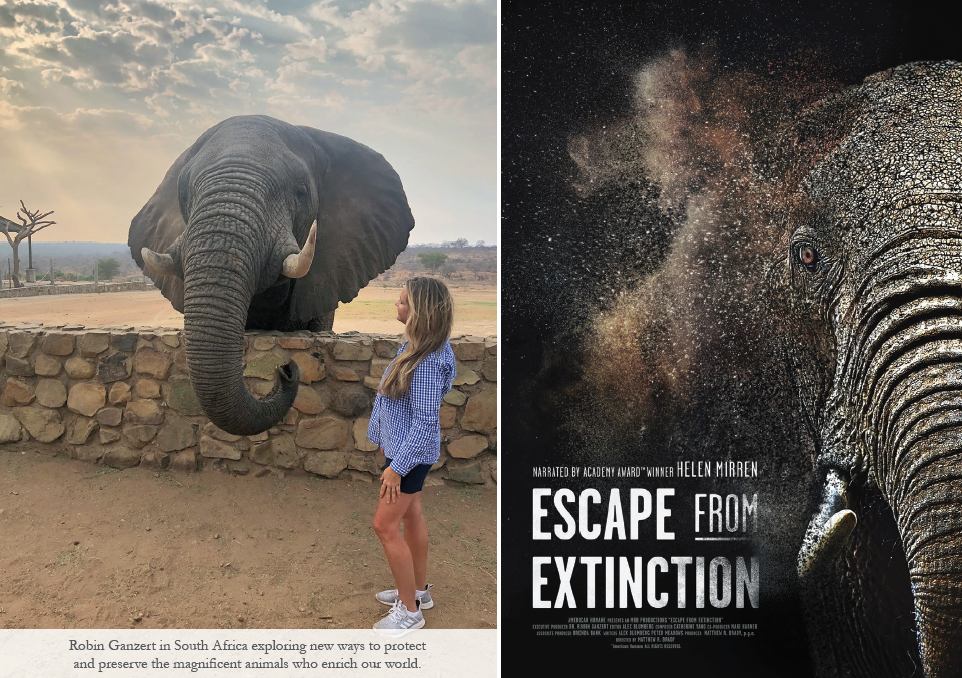 Robin Ganzert, PhD, is president and CEO of American Humane, the country’s first national humane organization and the first to serve animals, whenever and wherever they are in need of rescue, shelter, or protection. Since her appointment in 2010, Dr. Ganzert has spearheaded unprecedented growth and transformational change at the historic 143-year-old nonprofit, which has reemerged as the most effective humane organization in the country. She is regularly featured in the nation’s leading news and media outlets as an authoritative voice on animal welfare. She has appeared on the Today show, World News Tonight, CNN, Fox Business News, Fox and Friends, among many others. Her opinions have been featured in leading newspapers, including the New York Times, the Wall Street Journal, the Washington Post, USA Today, the Chicago Tribune, the Los Angeles Times, and the Boston Globe.

Jean Shafiroff, philanthropist, humanitarian, advocate, TV host, and the author of Successful Philanthropy: How to Make a Life By What You Give, is a volunteer leader of several charitable causes. She serves on several charity boards: Southampton Hospital Association, NYC Mission Society, French Heritage Society, Couture Council, Global Strays, Jewish Board (honorary trustee), and Southampton Animal Shelter Foundation Honorary Board. In addition, Jean is an ambassador for American Humane and the national spokesperson for its Feeding America program. She is an ambassador for the Southampton Animal Shelter Foundation. She is a New York Women’s Foundation Board alumna who remains very active with the Foundation and women’s issues. Jean is the producer and host of the TV show Successful Philanthropy, which airs four times a week through LTV studios in East Hampton. Jean holds two degrees: a BS in Physical Therapy from the College of Physicians and Surgeons at Columbia University and an MBA in Finance from Columbia Business School at Columbia University. Jean and her family reside in Manhattan and Southampton. 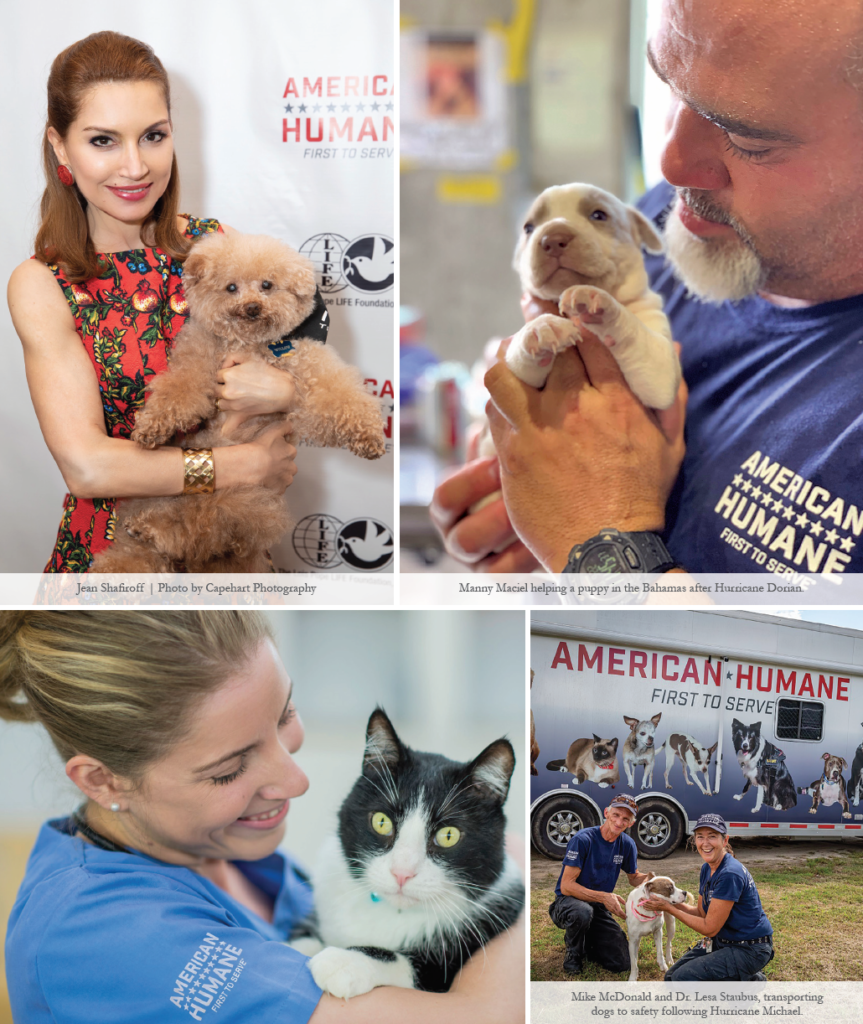