The Hill | Honor our veterans … by helping them 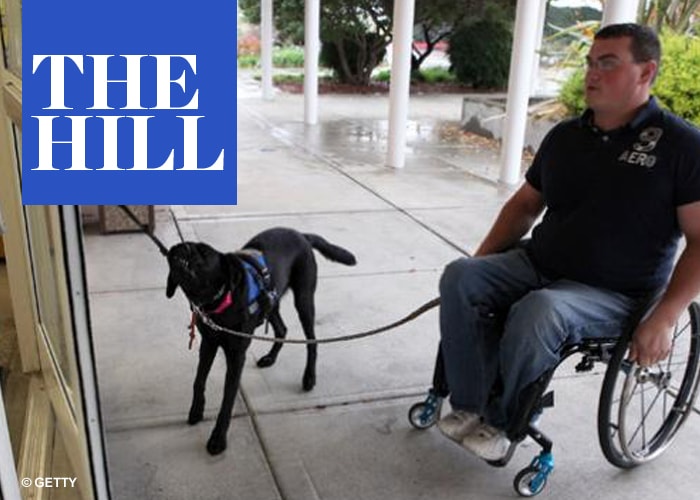 Much ink is used to honor the brave warriors who have served our nation and gave, as Abraham Lincoln said, “the last full measure of devotion” – every bit of it earned by their sacrifice. On Veterans Day it is especially important to honor those service men and women who came home – not just with words, but with actions. Most veterans return to civilian life in good health, but some come back with injuries both seen and unseen. We are duty-bound as a country to provide for these veterans who put their lives and health on the line for our liberties and came home in need of our help.

For over 100 years my organization has worked with the United States military. From rescuing the war horses of World War I to ensuring that we bring back retired military dogs, American Humane has fought for both veterans and animals. That’s why we support H.R. 3335, the “Pups for Patriots Act of 2017,” sponsored by Rep. Gus Bilirakis (R-Fla.) and co-sponsored by Henry Cuellar (D-Texas), both chairs of the Congressional Humane Bond Caucus.

The bill will create a pilot program, administered by the Department of Veterans Affairs (VA), which will provide service dogs to veterans who have Post-Traumatic Stress (PTS) and Traumatic Brain Injury (TBI), giving them the therapeutic care necessary to fully engage in their personal and professional lives. The VA estimates that between 11 percent and 20 percent of all Operation Iraqi Freedom and Operation Enduring Freedom have PTS – that is thousands and thousands of veterans who need help.

The program will help shorten the unacceptably long time it takes to connect a service dog with a veteran. Currently, the waiting list for such a dog can approach two years – during which time a veteran in need could reach a breaking point.

Additionally, the program takes on the cost of training, which can reach $30,000 per service dog, as well as veterinary insurance for each service dog. Veterans with severe and persistent PTS and TBI should not have to bear this financial burden.

H.R. 3335 also mandates an adherence to national standards for the selection, training, and assessment of the service dogs. Veterans shouldn’t have inadequately trained animals. Requiring that dogs be trained by government-approved organizations, handlers, and methods are common sense. When a service dog is warranted, it needs to perform the service – just as the veterans did in combat.

This bill is also good for the animals. For instance, at American Humane, we work to save abandoned dogs from shelters where they might have been euthanized and train them to become service dogs for veterans, saving two lives – one at each end of a healing leash.

Over the years, I have learned the hard way that not everyone agrees in Washington. But no matter how acrimonious it can get, the two issues that always bring people together on Capitol Hill are veterans and animals – and this bill helps both. Let’s honor our veterans with both words and deeds – and get this done.