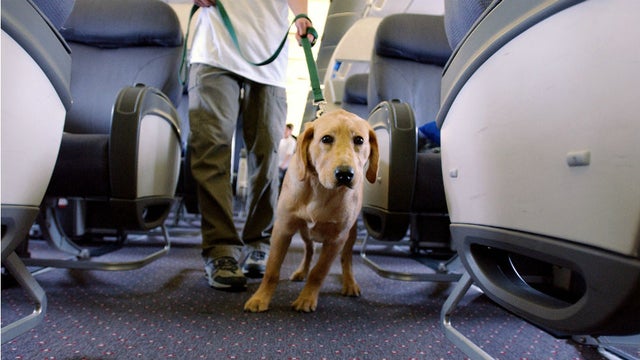 This month marks the 18th anniversary of one of the darkest days in American history. Nearly two decades ago, we watched in horror as 2,997 people died from the terrorist attacks that upended our way of life.

Amidst the smoke and rubble and ruin, we also caught a glimpse of America’s resolve in the face of adversity. Firefighters, police officers and volunteers rushed to help. Among the first responders were roughly 300 service dogs who lent their skills to the search for survivors.

Even though the last living 9/11 service dog crossed over the rainbow bridge in 2016, their legacy of courage lives on in military working dogs (MWD) that deploy with our servicemen and women around their world. MWDs have helped combat extremism abroad, embodying this legacy of service and sacrifice. They deserve our recognition and thanks for their vital role in keeping the world safe.

The United States Armed Forces has a long and storied history with canine warriors. A World War I hero was the first dog to be awarded military rank. Today, MWDs are our best defense against improvised explosive devices, or IEDs, thanks to their keen sense of smell.

Dogs can detect the smallest whiff – just two parts per billion – of an explosive in the air. Canines have 220 million olfactory receptors in their nasal cavities, which are integral to a sense of smell. Humans only have 5 or 6 million. To put that in perspective, a dog could smell a single drop of soda in 20 Olympic-size swimming pools.

Every MWD that detects IEDs is helping safeguard the lives of their fellow troops against deadly threats. In just one decade, up to two-thirds of U.S. military deaths in Afghanistan and Iraq were attributed to IEDs.

On Sept. 10, American Humane, the country’s first national animal welfare organization, will celebrate our country’s MWDs and confer one of the nation’s highest honors, the K-9 Medal of Courage, to four retired military working dogs who became true heroes in the course of their service. We will honor these distinguished warriors on Capitol Hill with the country’s top military leaders, animal advocates, and members of Congress from both sides of the aisle.

Each single MWD has a larger impact than most civilians understand. One K-9 Medal of Courage honoree conducted 89 combat missions, logging 1,240 hours supporting U.S. Army and Special Operations during a deployment in Afghanistan with his handler.

That is just a single mission. Another K-9 Medal of Courage honoree conducted over 600 missions while deployed in Afghanistan. Every IED detected and threat averted means more fathers, mothers, brothers and sisters return home.

And when MWDs come home, many continue their lives of service. One K-9 Medal of Courage recipient served three tours in Afghanistan with the U.S. Marine Corps. In 2012, she and her handler were certified as a Pentagon Police Explosive Detector Dog team, where they would search cars entering the Pentagon and regularly conduct sweeps for high ranking dignitaries in the DMV area. After retiring in 2018, she has enjoyed a peaceful life with her handler, and helps his son, who has autism, calm down with her loving presence.

These dogs are just a few examples of the roughly 1,800 MWDs in deployed in service of our country at any given time. They deserve our respect, our attention and our thanks.