The Hill | The Conservation Movement Is Under Attack 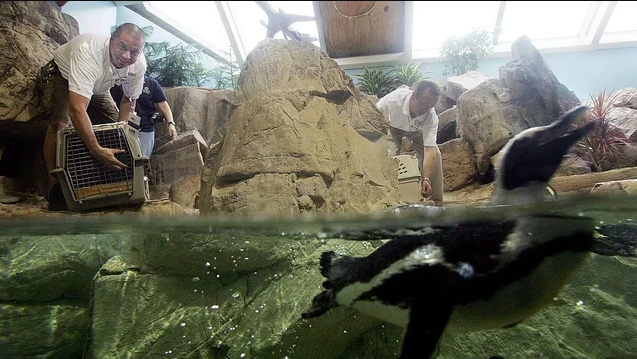 After months of keeping their doors closed to the public, zoological institutions here at home in the United States and around the world are in dire financial straits. Many, like the Alaska SeaLife Center, are anticipating a budget shortfall of 70 percent in just a few short months and will have to decide whether to permanently shutter operations. The simple fact of the matter is that irrespective of the challenges mankind faces, the needs of animals living in zoos and aquariums are constant and very real.

At the same time zoos and aquariums are struggling to stay afloat, some anti-zoo groups are seeking to use legislation aimed at stopping criminal wildlife trafficking for their own purposes to restrict the already regulated movement of animals between zoos and aquariums. To be clear, the long-term goal of these groups is not to protect human health but rather to shut down accredited and certified zoological institutions. If lawmakers allow these radical interests to use their well-intentioned legislation for the betterment of animal and humankind as a Trojan Horse to conquer the conservation movement, the consequences would be grave. If leading zoological institutions close their doors, research and rescue efforts essential to species survival will grind to a halt.

Scientists around the world agree that we are in the midst of the sixth great extinction and face losing 1 million species in the near future. These numbers are staggering. The good news, however, is that their loss is preventable thanks to the incredible, life-saving works being done by the world’s leading zoological institutions.

At the forefront of nurturing manatees back to life is the Manatee Rescue and Rehabilitation partnership, a group of 16 organizations committed to saving these precious mammals. Accredited zoological institutions work side-by-side with universities, research groups and federal agencies like the U.S. Fish and Wildlife Service. The cost associated with rescuing and caring for each manatee is expensive, taking an average investment of $300,000 to recover a single mammal. That critical funding is made possible, in large part, from visitor revenue. Also critical to this effort is the ability to move animals between institutions.

Zoological institutions also step up to the plate when catastrophes occur. An Unusual Mortality Event, beginning in January 2013 and lasting until September 2016, caused more than 8,000 juvenile California sea lions to become stranded. The Georgia Aquarium, an institution certification by American Humane, stepped up to the plate and participated in relief efforts, even welcoming a couple of mammals that were unable to be released into the wild into their care.

The best zoological institutions are committed to building a better world for animals. For example, Mystic Aquarium, another American Humane CertifiedTM institution, is a partner of numerous cooperate organizations, including the Marine Mammals of Maine (MMoME). During an Unusual Mortality Event that impacted harbor seals along the coasts of Maine, New Hampshire and Massachusetts, Mystic Aquarium worked hand-in-hand with MMoME to rescue, rehabilitate and release at-risk seals.

Zoos and aquariums approach conservation and preservation as collaborative approaches, working together to fund studies, execute rescue missions and ensure that the next generation will share the earth with a rich collection of diverse animals.

Right now, it is essential for state and federal governments to work with zoological institutions on a path forward, so that the care, conservation and study of endangered and threatened animals continues. Only by supporting certified zoos and aquariums during this pandemic can we continue to help fund vital research and preservation work to ensure species survival for generations to come.