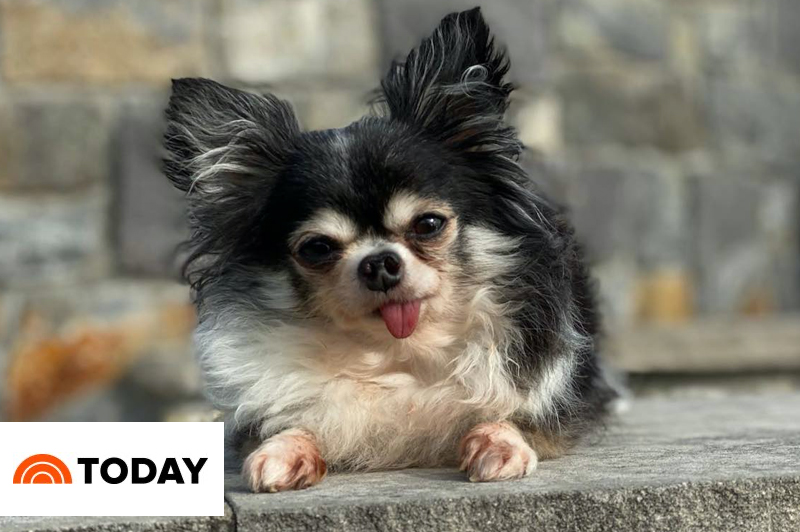 A little Chihuahua named MacKenzie is living proof that even the smallest among us can make a huge difference in the world.

“Kenz” was born with a cleft palate and needed to be tube-fed for nearly a year before a life-saving surgery enabled her to drink and eat on her own. Even though she was sick — the dog survived several bouts of aspiration pneumonia — she wanted to care for the other babies at The Mia Foundation, a nonprofit in Rochester, New York, that rescues animals born with birth defects.

Almost seven years later, MacKenzie still provides love and care to rescued baby animals who cannot stay with their mothers because of medical issues — regardless of species or size. She’s mothered puppies, kittens, a goat, a turkey, a squirrel, birds, a mouse and even a Great Dane.

MacKenzie, who has lost her ability to bark, also visits schoolchildren whenever possible to help them learn to accept physical differences in animals and people and to inspire kindness, empathy and patience.

More than 400 dogs competed in the Hero Dog Awards, with several rounds of public voting and votes by a panel of judges in seven categories. MacKenzie won the category of shelter dog of the year before being named top dog, but the winners of every category gave viewers cause to celebrate.

“For ten years, the American Humane Hero Dog Awards have been celebrating the very best of our best friends, and reminding all of us about the importance of the animals in our lives,” Dr. Robin Ganzert, president and CEO of American Humane, told TODAY in an email. “All of the 2020 winners’ stories were so inspiring and this year, during a global crisis that has caused so much pain and isolated so many, their stories of love, hope, and compassion were more needed and more important than ever before.”

The 2020 therapy dog of the year, Olive, is a rescue dog who comforts abused and neglected children who need to appear in court in Jefferson, Missouri. She has served more than 300 children since 2016.

This year’s military dog of the year, Blue, served America’s armed forces as a bomb detection dog. After seven years of honorable service, a Marine who served with her in Afghanistan adopted her. He credits the dog with saving his life and the lives of countless soldiers.

The service dog of the year, Dolly Pawton, is a cardiac alert dog who alerts her handler to dangerous drops in blood pressure or when her heart rate rises. Dolly’s handler suffers from numerous medical conditions, including post-traumatic stress disorder as a survivor of domestic violence, and credits her dog with giving her confidence to leave the house and cope with social anxiety.

The law enforcement dog of the year, Cody, has protected Americans both overseas and at home from explosives detection in Iraq to Minnesota’s Mall of America. Now she searches for explosives in Virginia, safeguarding Busch Gardens, schools, and events for the NBA and LPGA.

The guide/hearing dog of the year, Aura, is a trained hearing service dog for a Marine veteran who was a command sergeant major serving in Afghanistan when a rocket attack caused serious medical injuries, including deafness. Aura restored her independence by alerting to everything from ringing doorbells to smoke alarms and sirens. She’s also a terrific companion.

The search and rescue dog of the year, Remington, worked in human remains detection to help give families closure in a variety of cases, from missing person searches to the aftermath of Hurricane Harvey. When not on searches, “Remi” offered stress relief to firefighters in Texas. In 2019, he was diagnosed with cancer but the nonprofit Project K-9 Hero stepped in to cover medical costs for treatment to save his life.