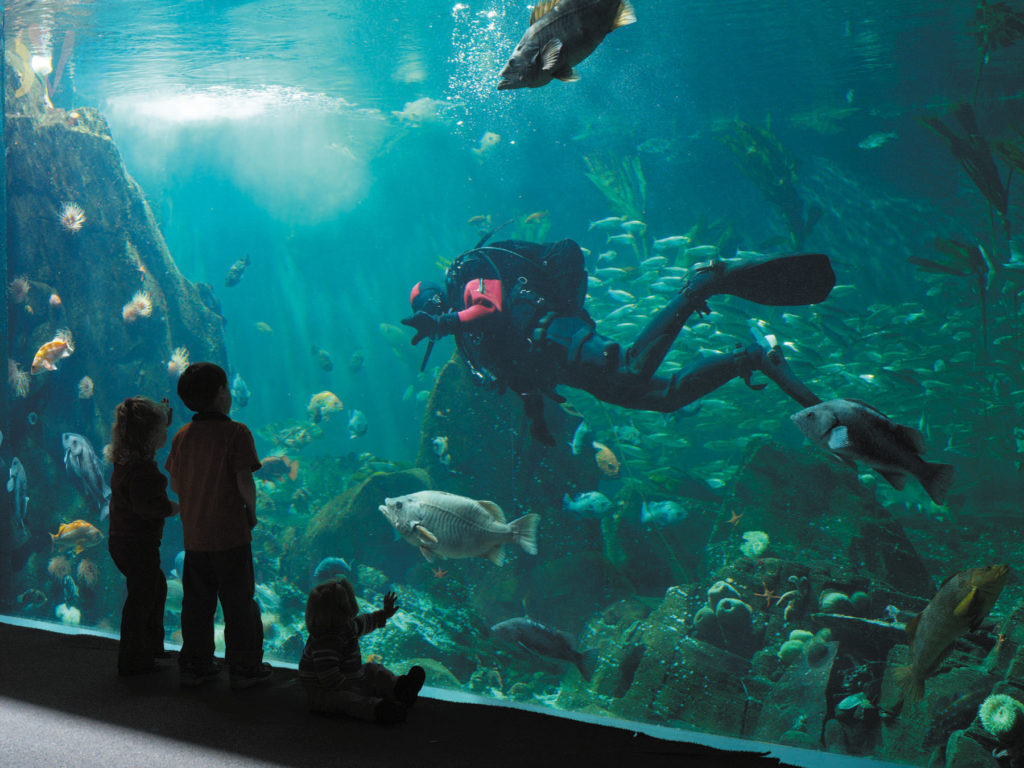 Everything from Internet memes to Halloween costumes have immortalized the gorilla, who was fatally shot at the Cincinnati Zoo in May after a three-year-old boy stumbled into his enclosure. On election night in the U.S., wild rumours swirled on social media about write-in votes for the now-notorious ape. And then there’s the new Harambe holiday sweater currently flying off the shelves, with shoppers scooping up over a thousand of them in less than a week.

But perhaps more than anything, Harambe remains an icon for outspoken critics of zoos and aquariums, who continue to leverage the memory of his death — and the enduring public fascination with the gorilla — to perpetuate an uncompromising anti-captivity agenda. According to this blunt narrative, all zoos and aquariums are prisons that are inherently unethical and cruel. That’s not the case.

Of course, the field isn’t immune from bad actors, with so-called “roadside zoos” — barbaric institutions known for grossly neglecting and abusing the animals in their care — as some of the most troubling examples. However, a sweeping indictment of all zoos and aquariums fails to consider the positive contributions of ethical institutions, which protect the lives of animals both in human care and in the wild.

Modern zoos and aquariums are leading global efforts to protect the lives of wild animals at a time when they’re more vulnerable than ever before. Our planet is currently facing what scientists call the “Sixth Extinction,” with a rapid rate of species die-offs that rivals the extinction wave that killed off the dinosaurs. A report from the World Wildlife Fund, published in October, calculated that without immediate intervention, more than two-thirds of the world’s wildlife could be gone by the end of the decade.

Zoos and aquariums today are uniquely equipped to preserve the future of wild species on our planet. These institutions oversee robust and sophisticated breeding programs that nurture threatened species and sustain genetic biodiversity, aiming to ultimately reintroduce the animals back into the wild.

The examples are countless. Consider the red wolf, one of the most endangered wolf species in the world. The red wolf once roamed through the eastern and south-central United States, but due to habitat loss and intensive predator control programs, was designated as an endangered species in 1967. By 1980, only 14 red wolves remained in the wild. Enter the Point Defiance Zoo and Aquarium in Tacoma, Washington, which established a comprehensive breeding program in conjunction with the U.S. Fish and Wildlife Service to conserve the species. The zoo-based initiative successfully reintroduced the first red wolf in 1987, and today, there are more than 100 red wolves in wild.

Recovering the Louisiana pine snake, the rarest snake species in North America, is another encouraging work in progress. A network of institutions are operating breeding programs that propagate Louisiana pine snakes and then release them into the wild. Currently, this imperiled snake population is dwindling in the face of significant habitat loss — a problem exacerbated by the unusual reproductive challenges that plague the species. Louisiana pine snakes lay a relatively small number of eggs at one time, and require very specific conditions in order to successfully breed. Because of this low reproductive rate, experts believe zoo-based breeding programs to be among the most promising strategies to save the species.

The red wolf and Louisiana pine snake aren’t alone. The Arabian Oryx, the black-footed ferret, and the California condor are more notable examples of endangered species saved through the breeding programs of zoos and aquariums.

However, the positive impacts of these institutions on wildlife conservation shouldn’t eclipse their duties to ensure the health and wellbeing of the animals living under the care of zoos and aquariums. That’s why American Humane launched American Humane Conservation, a third-party certification program dedicated to verifying the humane treatment of animals living in zoo and aquarium environments. The program enforces rigorous standards developed by a scientific advisory committee of world-renowned experts in animal wellbeing, behaviour, and science, and compliance is corroborated through independent, comprehensive audits. The local Vancouver Aquarium was among the first four entities to earn inaugural certification under the Humane Conservation program.

Critics insist that there’s no such thing as humane zoos and aquariums. Vast empirical and anecdotal evidence contradict this claim, showing the animals living in modern institutions live longer, healthier, and richer lives than their forbearers ever did in the wild. But ultimately, it’s first-hand experience that offers the most persuasive proof that zoos and aquariums can serve as responsible and productive stewards of animal wellbeing, with the Vancouver Aquarium as a shining case-in-point. Go see for yourself.